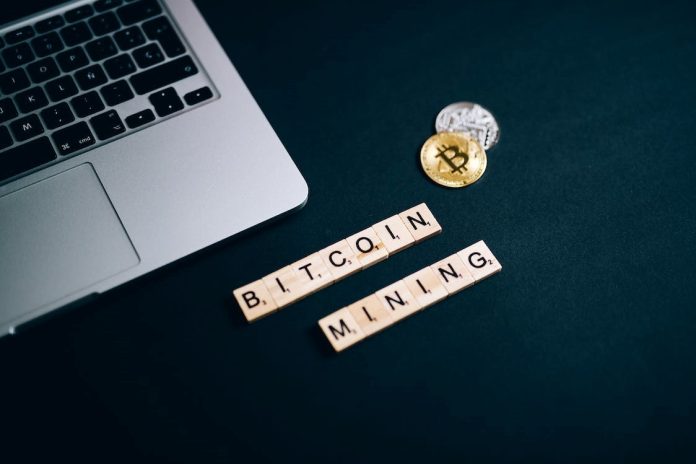 How Long Does It Take to Mine 1 Bitcoin?

In the past few years, bitcoin has made a lot of buzz in the digital landscape. Its value has grown to resemble gold, all thanks to people’s increasing interest in this currency. As a result, bitcoin’s value skyrocketed on the exchange market earlier in 2022, indicating good things for the crypto industry. Hence, it would be correct to say that the future is bright for this industry. That is one of the reasons why some people have started to purchase bitcoin while others are becoming miners.

Even though it takes almost 10-15 minutes to mine a single bitcoin, bitcoin mining can be pretty demanding. It requires high computing power to comprehend mathematical equations and integrate them into the blockchain ledger.

Before you delve into the complexities, let’s begin with the basics.

What is Bitcoin Mining?

Bitcoin mining is all about adding new coins to the existing ledger. It ensures currency added to the blockchain network is valid using a global network of computers that runs bitcoin code. Simply put, the entire mining process revolves around creating new bitcoins. However, it may sound more complex than it is. Mining is an extensive procedure using complex hardware to solve multifaceted math problems.

In addition, it comprises a network of computers integrated within the blockchain. Once the first computer finds the solution to the problem, it receives the next block of bitcoins, and that way, the process repeats.

Before you jump on this bandwagon, understand how bitcoin mining works and its profit potential.

How Does Bitcoin Mining Work?

Bitcoin mining happens on a decentralized ledger known as the blockchain. It is a peer-to-peer ledger, ensuring top-notch transparency and security. After all, records in the blockchain network get secured using timestamps and different cryptographic hash. Thus, it is impossible to make any alterations to transactions once they have been added to the ledger. As you understand the back functioning of bitcoin mining, let’s break down the entire procedure step-by-step.

As a miner, you must select your tools of the trade and set them accordingly. It includes hardware graphics processing unit, an SSD card, and an application-specific integrated circuit. Besides, you can download mining software to avoid any setbacks. Once your system is ready, you can input the instructions, and the mining process will begin autonomously. Remember, human involvement will only be required if the network fails or there is a power outage.

Every transaction input will generate a unique cryptographic hash code that is impossible to decode, even for hackers.

The integrated algorithm in the mining software creates a data structure, providing a summary of all transactions secured in the block. Every transaction can get identified through a unique ID code. In addition, these ID codes get paired with the SHA-256 algorithm until any hash identifies the tree. After that, the transaction gets tagged to the relevant block (tree), making it part of the blockchain network.

The block header has all data about the block, including every confidential detail such as timestamp, target, and cryptographic nonce. Even though this information isn’t available to any blockchain user, miners have complete access. That is because this information serves a purpose for all miners. They have to solve the hash puzzle and add a block transaction.

Now comes the real deal, solving the hash puzzle. Miners must resolve this puzzle by identifying the hash below a given target. Mostly the target is hidden in the header, stated as a 67-digital number. It determines the mining complexity based on the number of miners trying to solve the puzzle. Besides this, the difficulty level gets adjusted after every two thousand and sixteenth block creation.

So, how long does it take to mine 1-bitcoin in this process? Miners try to estimate the hash of a block by summing a nonce to the block header continuously. They keep repeating this process until the hash value generated is less than the target number. After solving the puzzle, a new block gets created, and miners validate it after consensus between the nodes.

Contrary to popular thought, bitcoin mining is more than solving a few puzzles. Instead, it involves complex procedures and a few limitations, which you must know.

Costs are pretty high, but it is equally rewarding for miners. However, beginners must get hands-on with the mining procedure before beginning it on official forums.

Bitcoin mining can be a competitive business, but it is easy to learn. First, you must boot up a few software solutions on your computer and start immediately.

Q3. Can anyone become a bitcoin miner?

Anyone can participate in the bitcoin mining process, but it requires access to powerful computers. Without those, it can be challenging to start mining competitively with the pool.

Q4: What is the best wallet for bitcoin mining?

You will come across different wallets, but ledger nano is the best mining method. It stores bitcoins while giving miners private keys to their coins in a physical wallet.

The legal protocols of bitcoin mining depend on your location. Some countries feel threatened by fiat currency, whereas others have accepted this as a digital currency.

Today, bitcoin mining is a topic of discussion as more people want to step into this industry. It serves a crucial function in crypto markets, enabling the confirmation and validation of new transactions. It is also the way to introduce new bitcoins into the system. However, it involves a few complex puzzles and familiarity with software solutions, but miners can always learn and excel.